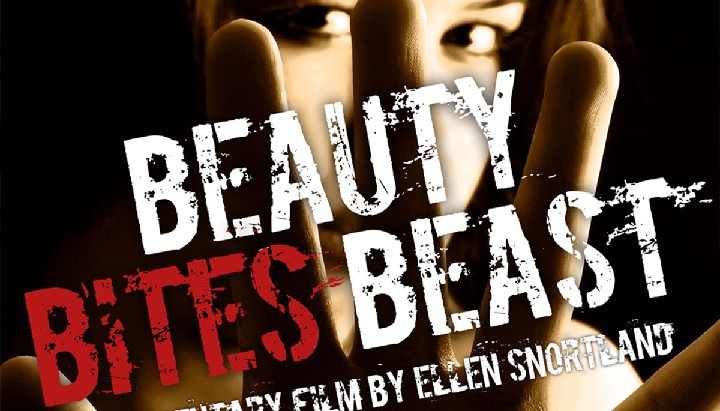 A committed Landmark Forum graduate takes her campaign to eliminate violence against women and girls to Pakistan and India.

To many Landmark Forum graduates, the expression ‘impossible promise’ is a powerful motivator. It is common for us to avoid making promises when we are not confident of our ability to keep them. If you care about your word, then you give it to something carefully. Why then make a promises you have no idea how to keep? Landmark Forum graduate Ellen Snortland, the author and director of “Beauty Bites Beast”  and award winning book and documentary about women around the world changing their life circumstances through self defense training. We invited her to share the impact of her impossible promise in her own words.

Yikes! Woo-hoo! What was I thinking?! I can’t wait! Have you ever been ecstatic and scared at the same time over something you created as a possibility that is now actually happening?

For me, it all started when I, along with the other participants of our Power & Contribution course, had the opportunity to make an “Impossible Promise,” in or around 2006. Little did I know then that promise would eventually result in me being invited to show my documentary film Beauty Bites Beast at the International Islamic University in Islamabad, during their Critical Thinking Forum at the end of 2016.

An “Impossible Promise” is a term we used in the Landmark Wisdom Division’s Power and Contribution course (now called Service and Contribution), to signify a promise that one — as an individual — takes on and is committed to seeing through to the end. It needs to be a promise that will most likely not be fulfilled during one’s lifetime AND that provides action(s) and purpose beyond one’s current way of being and thinking. As such, we have an Impossible Promise Keepers ListServ where many of us keep in touch with whatever it is that we’re taking a stand for in the world. The topics are wide-ranging, whether it’s J. Kim Wright’s promise to transform the legal profession, Michelle Leduc’s stand to have entertainment be a source of empowerment and a catalyst for social transformation, or my promise to end violence on the planet.

I started with putting an end to violence against women and children as my access to ending all violence. Do I want there to be violence against men because I am focusing on women and kids? No! And by the way, “No!” is the first thing we teach in our emotional, verbal and physical self-defense classes with IMPACT Personal Safety. We do this because so many of us in the female portion of the planet’s population have been “trained away” from setting clear boundaries or using powerful language to say what it is that we want or don’t want.

By their very nature Impossible Promises are huge, bold, and audacious! Let me put it this way: while mucking out my garage would be an enormous promise, it’s foreseeable that it “could” get done, though probably not during my lifetime. That’s a joke. Kind of.

Impossible Promises stand in the face of no agreement and no possibility anywhere.

One thing I’ve done that would have “seemed” impossible was to make a movie, which — after 11 years — we have done. Beauty Bites Beast, the feature-length documentary version of my book that examines the missing conversations about ending violence, is opening in New York City on November 4th and in the LA area starting November 11th for Oscar qualifying runs. Really! My desire to address violence globally is playing locally, maybe near you. My stand is that violence is not inevitable, and we can actually transform people’s relationship with it as we have to diseases in the past that seemed impossible to cure.

Violence is contagious. So is courage, kindness and the ability to set boundaries with people who transgress them. One of my favorite anecdotes concerns being in Japan with the United Nations Association NGO delegation for the United Nations 4th World Conference on Women in Beijing; my roommate and I decided to take a train ride to visit Osaka on our layover in Nagasaki before going to Beijing. We were the only “westerners” in the station.

An elderly Japanese man approached, obviously drunk and reeking of alcohol. He started berating us in Japanese, presumably for being Americans. I immediately got into “ready stance,” put up my hands in a placating and yet, “stay where you are” position, and loudly said, “Stop. Don’t get any closer. Back up!”

He stopped. His face grew livid. He continued to berate me as I as stayed calm with my hands up, telling him to back up. He did, even though he did not understand English. By now, everyone in the station was watching, including a group of 4 school girls, maybe 13 years old.

He then lunged toward the school girls. All four swiftly looked at the ground and giggled, as most girls their age would do anywhere in such an awkward and threatening situation. But in a country where being an elder demands respect, Japanese younger people are under a strict code to be respectful, no matter what — even if they are being threatened. He touched them, played with their hair, pawed them.

I yelled, “Leave them alone!”

He lurched toward me. I got ready to defend myself, hands still up, knees flexible, deeply breathing as I had been trained in scenarios with a padded mock assailant used in our self-defense courses at IMPACT Personal Safety. I then took a deep breath and yelled, “No!” He backed off, then reeled toward the girls again.

This time, the girls also raised their hands and yelled, “No!” as I had done. The man stopped, shook his head in disbelief at the four girls now standing in unity against him, and tottered away. Everyone in line, including middle-aged and elderly women, murmured and nodded in approval, then applauded!

The desire to be left in peace transcends culture, age, language, and custom.

For the last 10 years my Impossible Promise has taken me all over the world, and now to Pakistan to address hundreds of Islamic researchers and scholars during their conference on “Consciousness-Raising of Pakistani Women on Contemporary Academic and Social Issues” held in collaboration with the U.S. Department of State, U.S. Embassy, Islamabad.

This has the potential to shift the conversation about women and violence in a part of the world that’s rarely had that conversation, if at all.

I leave you with gratitude and some important quotes when contemplating your own Impossible Promise. By the way, part of my initiative to end violence is to always include quotable women when I use quotes. By leaving women’s words out, we create an always, already, non-listening for women’s wisdom and courage. We are half the planet and have said really great and inspiring things to move progress forward!

“Cautious, careful people, always casting about to preserve their reputation and social standing, never can bring about a reform. Those who are really in earnest must be willing to be anything or nothing in the world’s estimation.” Susan B. Anthony, suffragist, human rights leader, arrested for attempting to vote in 1872

“A society grows great when people plant trees whose shade they know they will never enjoy.” — Greek Proverb