A Transformation in Teaching – The Butterfly Effect, Part One 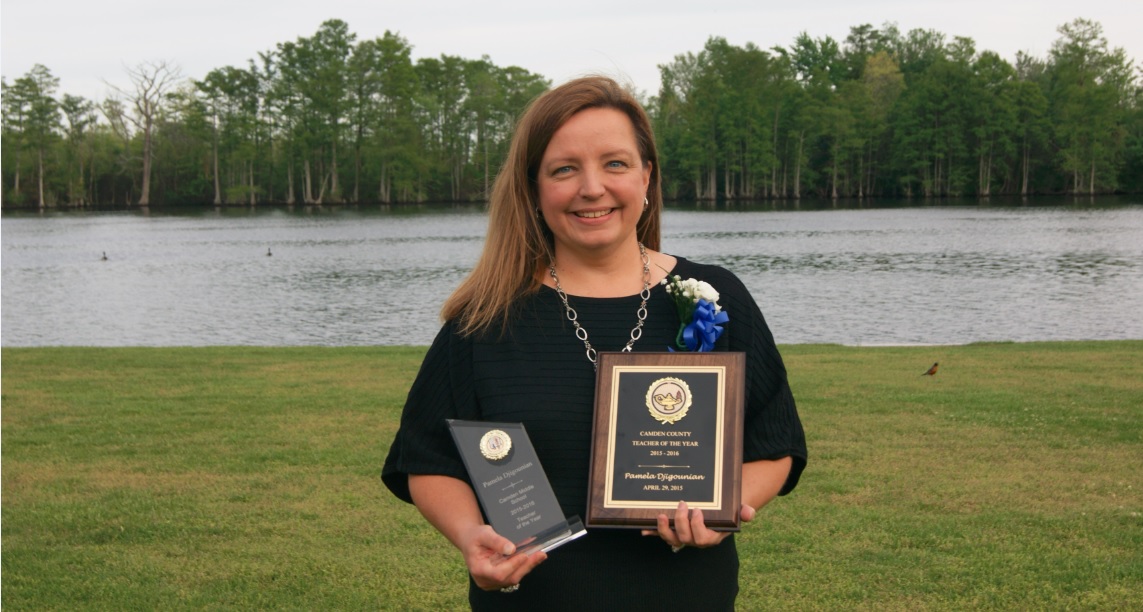 Pam Djigounian and her brother Jeff Gamble are Landmark Forum graduates who have made an enormous difference in educating young people and introducing them to the field of health care. This is part one of their story. Pam Djigounian first realized she wanted to be a teacher when she was in 7th grade, because she had an awful teacher who made it very clear she did not want to be there. To Pam, it seemed like she didn’t even care that the students were there. This made her mad because Pam loved history and felt she was being ripped off.

In high school, Pam had three teachers who were a great influence on her. One was her Spanish teacher, who,  in addition to Spanish, taught her a lot about life–he remembers the way she felt whenever she walked into his classroom. Another was an English teacher who, she says, was just fun.

“You knew when you entered his classroom that you needed to be on your game because he wasn’t going to let you slide by with anything less,” she explains. Then, in 11th grade, her history teacher really loved her subject as well as the kids. She was always there for whatever they needed. Pam says the three of them deeply influenced and inspired her.

Pam followed her heart and discovered her love of teaching. Although she had worked with all different age levels, before taking part in The Landmark Forum she had worked mainly with the older kids. About the time of her course in August 2009, she went from working with seniors to working with 6th graders, which was a huge challenge for her. In the Forum, Pam distinguished additional traits and skills, like patience, that it would take for her to be effective with this new age of students.

She also saw she had to look at the world from their point of view because, at that age, she says the kids are just beginning to find out who they are.  She feels teachers can have a huge impact on kids this age and that they are not even aware of it. The smallest thing you say to them or the way you say it or your facial expression when you are saying it to them–all of this can really stick with them. The Forum also had her realize the things we think and do today are a result of something that happened when we were a lot younger, so she is much more aware of how she interacts with these kids every day.

“I let them know every day that I love them,” Pam says, “and that they are a part of my family. Like family, there will be days they will love me to death and there will also be days they wished they had never seen me. I try to be as genuine with them every day as humanly possible, because kids at that age, they know when you’re not and they react to it.

“I like to say when they come into my classroom, they are welcome and they know it is a safe place to be. I don’t think a kid can really open themselves up and hear what you are saying if a part of them is thinking, ‘Am I going to get picked on or put down in here today?’  I like to think they don’t have to worry about that in my classroom.”

Pam says she hears people say “Oh my gosh! Middle School–That’s such a horrible age!” By contrast, Pam loves these kids because they are so full of energy; they are like a tidal wave and you just have to try to channel it into the direction you want it to go. Her classroom is at the very end of the hall where the buses come and go. Every single kid who rides the bus has to go past it every morning, so she makes sure she is just as upbeat as she can be and welcomes every child with a “Good morning. Glad you are here. Have a great day.”

Pam teaches in a rural section of North Carolina where the kids are very supportive of each other.  There is an occasional kid being picked on, but her experience is  that if it is stopped it right then and there, it doesn’t continue. She also teaches every single 8th grader in the building, including the special needs kids.

In her classroom, the ‘typical’ kids and ‘special’ kids sit side by side. Pam says the typical kids will jump right in to help and support the special needs kids. They never stare or mock–they see a need, and they just jump right in. Pam says it’s a wonderful and beautiful thing to see and she encourages it. Her kids work in partners and groups and she tells them “You are all responsible for each other.  You are not in this alone,” and they each take it to heart.

Pam’s brother Jeff Gamble, who is a Landmark Seminar Leader Apprentice in San Jose, says he believes her classroom is quite special. He says the source of the success in her classroom is Pam being a source of power for her kids–they want to model that and have it for their lives as well. On the first day of class every year she says “You guys are my family. You are stuck with me. Deal with that.” And laughs.

Jeff says that prior to The Landmark Forum, he knew his sister had a real desire to make a difference with her kids, but there were barriers to her being really happy and fully self expressed. This was also true in other areas of her life. In the Landmark Forum, she became present to what was between her and her happiness. She was able to get complete with who she was in the world and what was possible for her. He says there was a magic about getting in touch with and really owning the difference that she makes. She created that nothing was going to get in the way anymore, and that included any barriers to her full self-expression. Jeff explains that this certainty came from getting clear that whatever led up to this point was in the past, and that Pam could now completely create her future independently from that.

Pam says that before The Landmark Forum, her relationships with men “really sucked”. Shortly after the Forum she met the man who would soon be her husband; they recently celebrated their four year anniversary. The difference for her, after the Forum, was she realized she wasn’t willing to settle.  Before then, she had been in relationships with men she did not need or want in her life. In the Forum, She got her own value. When she met her husband, Eric, she actually said to herself “Hey, this guy is good for me. I think I’ll keep him around!”

Pam says that it is just a sheer joy to walk into the classroom and to know that whatever she does today is going to have an effect on someone, somehow, whether it is good or bad. She says she really takes that responsibility seriously since you never know what these kids are going to do with what they have learned from you. On her last day of school four years ago, one of her students wrote her a very nice letter.

At the time, Pam’s father had been diagnosed with cancer and was close to death. He had always been her biggest fan and if she came home after a bad day would say to her “I know you got through to at least one kid today. Keep it up. You’re making a difference.”

“I wanted him to hear the letter,” Pam remembers, “but I knew I was too emotional to read it myself, so I had Jeff read it to him.” He did so gladly, despite being rather emotional himself.

To Pam, every single child matters. Not just the straight-A students who will go on to college and successful career, but every single kid in her classroom. She says you never know what they will go on to do that will make a difference to someone or to the world. Her motto is “Treat them all like they are the most special kid in the room,” she says, “Because they are.”

2 thoughts on “A Transformation in Teaching – The Butterfly Effect, Part One”