A Million People Create A World That Works For Everyone 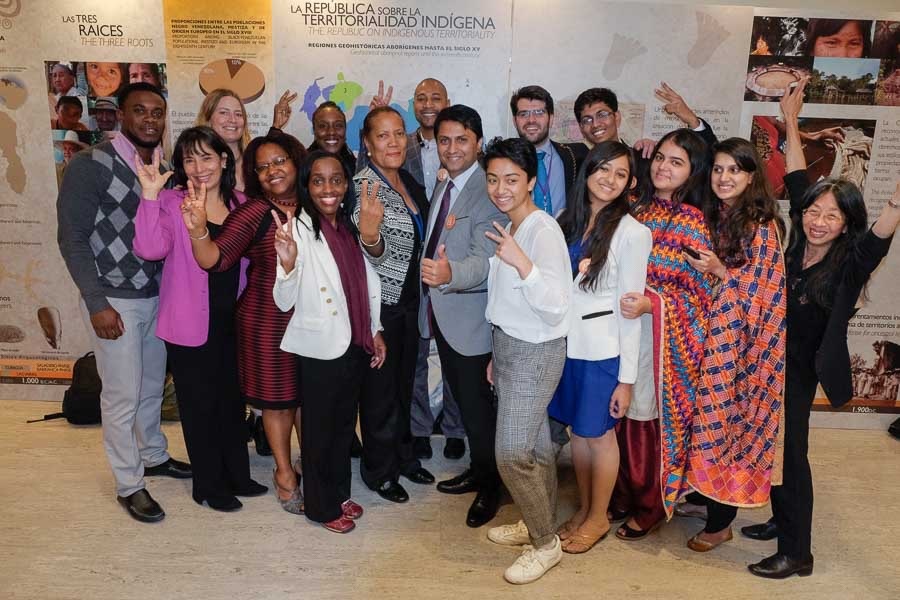 A bold new initiative seeks to empower a million young people to be entrepreneurs. 1 Million For 1 Billion is a global initiative for entrepreneurs. The goal is to create a million entrepreneurs in underserved areas who will take a stand for and generate businesses that create jobs for one billion people on the planet.

Manav Subodh grew up in New Delhi, India, and has been successful in his seventeen years of corporate career, working with organizations like Ernst and Young (EY), Intel, Hughes and QAI. In 2010 he was exploring a job move at Intel and something inside him asked ‘What am I here for beyond more money and better jobs?’ At that point he took The Landmark Forum and began completing past events in his life, including the biggest incompletion, a dream to become a world famous cricket player. For him, being a cricket star was about representing his country.

It was only then Manav discovered his true passion—a commitment to young people fulfilling on their lives. In particular, he was incensed by how many young people around the world committed suicide or generated unrest in their communities in order to get heard when they could find no work. In many cultures, both suicide and causing unrest were seen as liberating, ways out of hopeless circumstances. It was particularly a problem amongst farmers in India, struggling to feed their families, as agriculture continues to be the basis of the Indian economy. He began to ask himself if he could provide jobs to liberate people instead. This led him to do the Advanced Course and it was there he first wrote out the words ‘1 Million for 1 Billion.’ And he saw a pathway to prevent suicide in India and in the Middle East to prevent terrorism as a form of liberation.   As the initiative began to take shape and grow, Manav saw the possibility of impacting all communities around the world. He asked himself ‘Rather than big businesses, can we set up small businesses? Can small be the new big, driven by people’s passions and purpose?’

In January of 2015, Manav left Intel and set out on his unfolding quest to fulfill on this dream. He has been featured in Forbes Magazine, has become a Senior Fellow at UC Berkeley, and has participated in a United Nations event presenting 1M1B’s work at the UN Headquarters in New York. With all this, he also has been traveling the globe gathering young people to join his initiative.

What is the future for 1Million For 1Billion? So far he has seen one avenue clearly open up for his people to become peacekeeper entrepreneurs. Manav now sees the organization is much more a philosophy than just an initiative. It could mean children creating answers for the planet, or women taking the lead. He says he does not know where this will lead as 1 Million For 1 Billion is only beginning to unfold.

Watch the video below to see more, and visit the 1Million For 1Billion website.