Landmark Forum News recently learned of the passing of long-time est Trainer and Forum Leader Stewart Esposito, and we are honored to celebrate his life and the enormous difference he made. 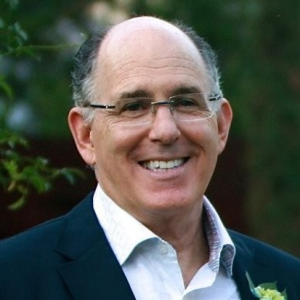 Stewart Esposito, a major leader of the est Training and the Forum and a leader amongst est Trainers and Forum Leaders, died on Sunday, March 8, due to complications related to a rare form of cancer.

A graduate of Cornell University, Stewart first participated in the est Training in 1973 and went on to be a long-time staff member and leader of both the est Training and the Forum. He was the first Chairman of the Trainer Body and later the Forum Leader Body, he and played a critical role in developing the quality and quantity of the faculty. Stewart also served in the late 1980’s as the CEO of Werner Erhard and Associates.

Among many of Stewart’s unique accomplishments was leading the est Training that took place in San Quentin prison in Northern California, which was chronicled in a 1976 est Graduate Review article ‘Nothin’ This Good Ever Happened to Me Before.’

Stewart made a direct, fundamental, and positive lasting difference to the people who led our programs, on our organization, and in the lives of tens of thousands of people.

He is being remembered fondly and with deep regard by many people including former colleagues like Laurel Scheaf who said of Stewart: “His bright, thoughtful nature led him to be a great champion and manager of people.” Another colleague, Steve Zaffron, said: “He was not only the person I reported to, he was a mentor and friend.  Long after his time in the enterprise he continued to be a great supporter of our work.”